The City of Chicopee is no stranger to America’s dynamic economic cycles. As “a place of profit where people made things,” several well-known American companies located facilities within the city’s 3 original villages of Chicopee Falls, Cabotville and Willimansett.

At the height of production, manufacturing entities in Chicopee Falls along with counterparts in Cabotville and Willimansett employed some 7,000 area residents in the production of a diverse array of products from armaments and tools to tires and bicycles. Through the late 20th century, Chicopee Falls would thrive as a major component of Chicopee’s economic and industrial backbone. Today, as the city plans for the redevelopment of the RiverMills property, the legacy of a long industrial history remains a defining element of Chicopee’s contemporary character.
Beginnings
Chicopee Falls’ evolution as an industrial center in western Massachusetts can be traced back to the area’s first European settlers. During the early 1600s, the Connecticut River Valley was considered the "first frontier" of New England when the first European settlers arrived during the 1630s. William Pynchon, a businessman from Roxbury, Massachusetts, is credited as one of the first settlers, when he and his associates purchased lands from the Pequot Indian tribe and established Springfield, a trading post to partake of the region’s fur trade.

Less than 4 years after Pynchon’s arrival, settlers moved into the "frontier" again and settled what was then known as the North Springfield district - present-day Chicopee. Two settlements on the banks of the Chicopee River are documented, “1 at ‘Skeepmuch’ and the other at ‘Chikkuppy river’s mouth,’ both on the south side of the river." These villages would be known as Chicopee Falls and Cabotville (Chicopee Center), respectively. A 3rd settlement, Willimansett, was established north of the Chicopee River. The Chapin brothers, in 1675, were the 1st documented settlers having permanent residence within the boundaries of Chicopee. By 1687, a saw mill was established and in 1694 both a corn mill and blacksmith shop were functioning. The settlements grew quickly and by 1713, a farmer’s daughter was hired to provide schooling for children.

In Bellamy’s "Chicopee, A Laboratory for Utopia," John Mullin notes that, “Chicopee, due to its prime soils and proximity to Springfield’s marketplace, evolved as an agricultural community and for nearly 200 years dominated the area’s identity.” Unlike other New England towns, like Lowell and Holyoke, which developed additional industries beyond agriculture, Chicopee seemed destined to remain agriculturally focused. Vera Shlakman detailed this unique Chicopee characteristic in Economic History of a Factory Town: A Study of Chicopee, Massachusetts, published in 1934-35. By her description, Chicopee, by the end of the 19th century had not developed enough to allow the emergence of mercantile capital. Shlakman links this failure to industrialize with the possibility that farms were not prosperous enough to allow for the pursuit of other investments. Further evidence for Chicopee’s industrialization lag is Springfield’s regional influence. The region’s power presence, Springfield had developed into the commercial, religious and residential hub of the area. It would not be until 1750 that a successful petition for Chicopee’s incorporation passed in Massachusetts General Court. Even so, Chicopee would remain under the municipal jurisdiction of Springfield until 1848.

Overnight Industrialization
While it would have seemed that Chicopee would remain agriculturally based, industrial development would come - rather suddenly. In 1822, Chicopee would develop with uncharacteristic speed into something quite different in form, function and identity.

Unlinked to the community’s agricultural past, Chicopee’s new identity focused on the power needed to drive industry, specifically textile mills and Skenungonuck Falls (Chicopee Falls) was a valuable source of such power. The balance between land, market and community changed abruptly when the Boston Associates purchased water and property rights along the Chicopee River in Chicopee Falls.
Developing Industry
Builders of the famed mills of Waltham, Lowell and Holyoke, the original plans called for a, “simple L-shaped mill village layout with the mill structures, a canal, and road running parallel to the river while boarding houses were perpendicular." However, the builders soon realized that much more extensive development was appropriate on the site and 4 Lowell System mills were constructed. 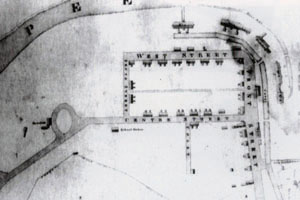 Chicopee converted instantly from a farming community into a town built for profit. As Mullin states, “...it was as if with the coming of the mills, its 170-year dependence on agricultural production, its village character, and its traditional self-governance were simply crushed.” Now controlled by bankers, insurance companies and investors located in Boston, change was so quick, that an author of the time wrote, “...this pleasant village is growing up with astonishing rapidity and bids fair to become…a second Lowell. A few weeks produce changes here that almost destroy the identity of the place and give to the visitor new objects of admiration…”
Diversification
The mills constructed by the Boston Associates, known as the Chicopee Manufacturing Company were located on the present-day Facemate property and were used for the manufacture of textiles. The Chicopee Manufacturing Company operated from 1823 through 1915 when Johnson and Johnson purchased the property and continued similar production activities. In 1977, the property was purchased by the Facemate Corporation, which produced finished cotton and synthetic cloth products.

The Uniroyal property from 1870 through 1896 was utilized as a lumber yard by the Chicopee Manufacturing Company. From 1896 through 1898, the Spaulding and Pepper Company owned the property and manufactured bicycle tires. From 1898 to 1981, the site was controlled by the Fisk Rubber Company, which later changed its name to United States Rubber Company and then to Uniroyal, Inc., and manufactured adhesives and pneumatic tires for bicycle, automobile, motorcycles and trucks. Fisk Rubber was one of the world’s largest such manufacturers employing some 2,500-3,000 workers while producing 5,000 tires per day. 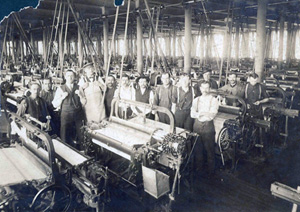 In addition to the companies mentioned above, Chicopee Falls was home to a diverse number of companies well known for products such as: 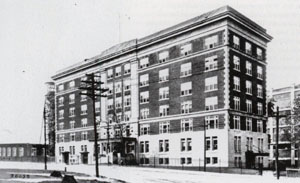 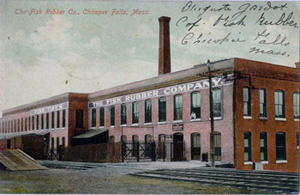 Legacy
Following the end of World War II, the contracts that had kept Chicopee Falls humming with activity began to fade. Uniroyal closed in 1980 and sold the property to the Facemate Corporation in 1981. Facemate attempted to create the Chicopee Industrial Park by leasing portions of the Uniroyal buildings to various companies for: 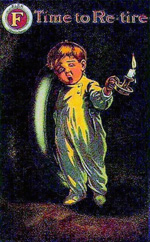 Facemate, following a continued decline in production, declared bankruptcy in 2003 and closed. For the last 30 years, most of the 2 million square feet of industrial space has sat vacant, falling into disrepair.

The City of Chicopee successfully gained ownership of the former Uniroyal and Facemate properties by April 2010. The Commonwealth of Massachusetts has designated this site as part of the Brownfields Support Team Initiative; as a state-designated Brownfields Priority Project, demolition and cleanup have been ongoing since 2010. With redevelopment visioning complete, the city is aggressively taking steps to construct a state-of-the art, Older Adult Community Center expected to open in the spring of 2013.

RiverMills serves as a vibrant reminder of Chicopee's industrial heritage. City officials and residents alike have repeatedly underscored the importance of developing the RiverMills properties as the avenue through which the city's heritage can be preserved. It is hoped that through redevelopment the site can once again be a part of the community it helped establish.
Impact
Chicopee’s seal reads, ‘Industriæ Variæ’ meaning "industry Varies" and one could argue that the dynamic economic cycles are anticipated within the City’s very tag line. While industry has faded to memory for the RiverMills site, the impact and influence over Chicopee Falls and the City of Chicopee will never fade away. Industry is embedded in the culture of the city’s residents - events like the annual Sword Game played by the 2 high school football teams for a Civil War sword produced by the Ames Sword Company of Cabotville. Such a legacy is alive in Chicopee Falls and through the RiverMills vision, that legacy will stay vibrant for Chicopee’s future generations. 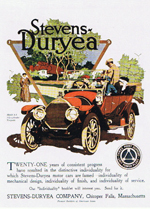